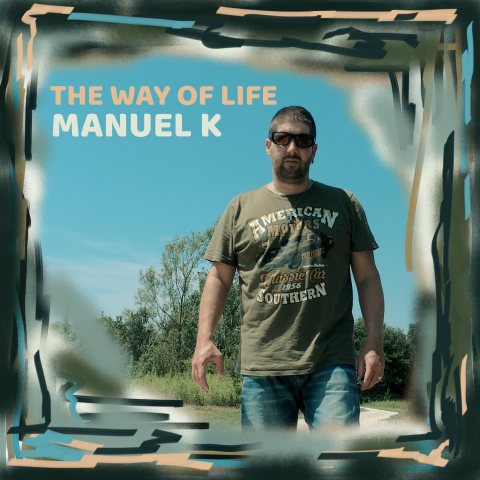 Manuel K on “The Way of Life”: “Along with rock music I also love country music very much. Therefore – for this new release – I was looking for a song with elements of country and folk as well. While I was browsing through my songbook, I remembered a song called ‘The Way of Life.’ I wrote the first draft years ago when I was 18-years-old. Back then, it was a simple folk-rock song that has never been released so far. This song was exactly what I wanted. I rearranged and completed the song in April 2020. I recorded vocals, backing vocals, rock organ and my guitar parts in my beloved home studio. And as I mentioned, I wanted more country in it – I call it the “Nashville sound”. For that reason, I worked with three of the best Nashville session players: Lonnie Wilson on drums and percussion, Mike Brignardello on bass, and Brent Mason on electric lead guitar. With two of them, I had already worked on my fourth single ‘Follow You’. The new single ‘The Way of Life’ was mixed by Joe Carrell and mastered by Adam Ayan. Both also absolute professionals.”